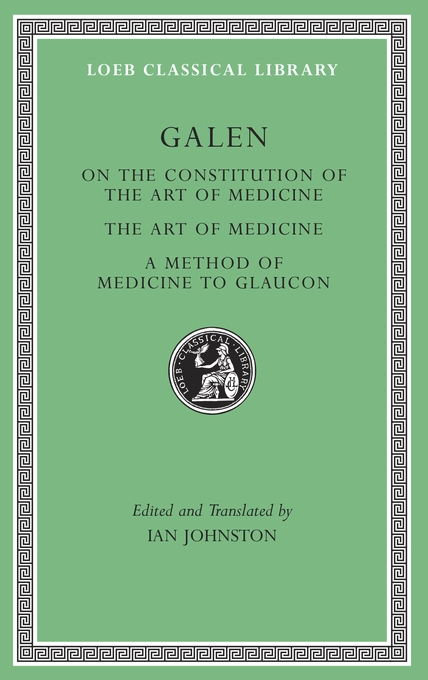 Galen of Pergamum (AD 129–?199/216), physician to the court of the emperor Marcus Aurelius, was a philosopher, scientist, and medical historian, a theoretician and practitioner, who wrote forcefully and prolifically on an astonishing range of subjects and whose impact on later eras rivaled that of Aristotle. Galen synthesized the entirety of Greek medicine as a basis for his own doctrines and practice, which comprehensively embraced theory, practical knowledge, experiment, logic, and a deep understanding of human life and society.

In the three classic works in this volume, On the Constitution of the Art of Medicine, The Art of Medicine, and A Method of Medicine to Glaucon, Galen covers fundamental aspects of his practice in a lucid and engaging style designed to appeal to a broad audience.