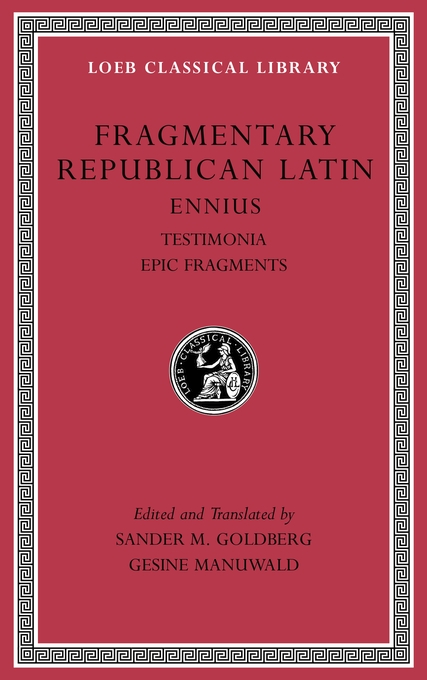 Quintus Ennius (239–169 BC), widely regarded as the father of Roman literature, was instrumental in creating a new Roman literary identity and inspired major developments in Roman religion, social organization, and popular culture. Brought in 204 to Rome in the entourage of Cato, Ennius took up residence on the Aventine and, fluent in his native Oscan as well as Greek and Latin, became one of the first teachers to introduce Greek learning to Romans through public readings of Greek and Latin texts.

Best known for domesticating Greek epic and drama, Ennius also pursued a wide range of literary endeavors and found success in almost all of them. His tragedies were long regarded as classics of the genre, and his Annals gave Roman epic its canonical shape and pioneered many of its most characteristic features. Other works included philosophical works in prose and verse, epigrams, didactic poems, dramas on Roman themes (praetextae), and occasional poetry that informed the later development of satire.

This two-volume edition of Ennius, which inaugurates the Loeb series Fragmentary Republican Latin, replaces that of Warmington in Remains of Old Latin, Volume I and offers fresh texts, translations, and annotation that are fully current with modern scholarship.