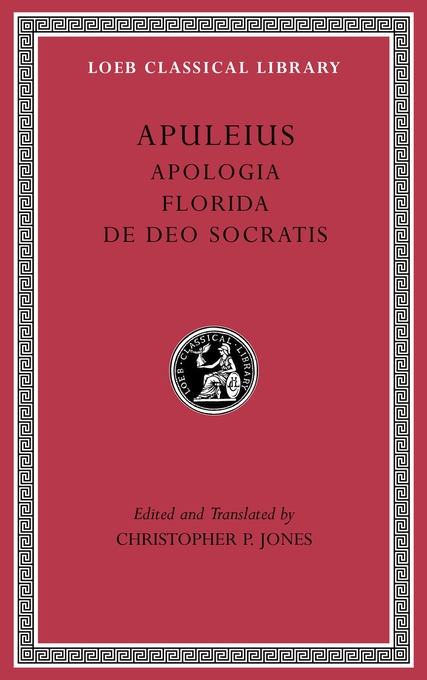 Apuleius, one of the great stylists of Latin literature, was born ca. 125 AD in Madauros to a politically prominent family and received an elite education in the provincial capital Carthage and at Athens, where he began a lifelong allegiance to Platonic philosophy. In the later 150s, he married Pudentilla of Oea, a wealthy widow, and seems to have enjoyed a distinguished public career in Africa and perhaps as an advocate in Rome.

Although Apuleius is best known for his picaresque novel Metamorphoses or The Golden Ass (LCL 44, 453), he also wrote and declaimed on a wide variety of subjects. This edition contains the other surviving works of Apuleius that are considered genuine. Apologia is a speech in which Apuleius defends himself against in-laws who had accused him of having used sinister means, including magic, to induce Pudentilla to marry him. The Florida is a collection of twenty-three excerpts from speeches by Apuleius. De Deo Socratis (On Socrates’ God) locates Socrates’ invisible guide and protector (daimonion) within the more general concept of daimones as forces intermediary between gods and humans.

This edition, new to the Loeb Classical Library, offers fresh translations and texts based on the best critical editions.