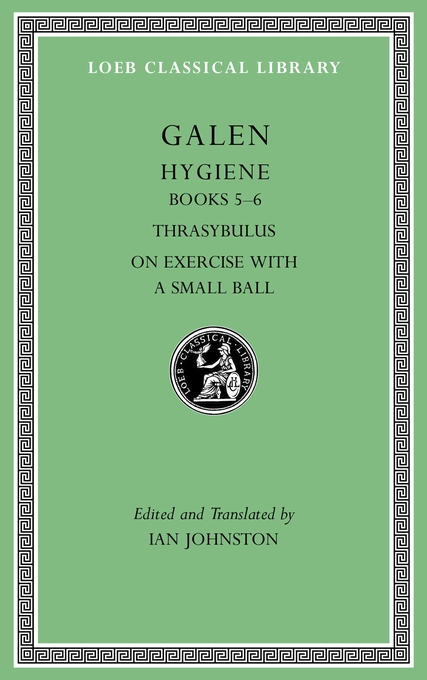 Books 56. Thrasybulus. On Exercise with a Small Ball

His treatise Hygiene, also known as “On the Preservation of Health” (De sanitate tuenda), was written during one of Galen’s most prolific periods (170–180) and ranks among his most important and influential works, providing a comprehensive account of the practice of preventive medicine that still has relevance today. Also included in this two-volume edition are two shorter treatises on the relationship between health and wellness. Thrasybulus explores the theoretical question of whether hygiene is part of medicine or gymnastics, and in so doing delineates the interrelated roles of doctors and physical therapists. On Exercise with a Small Ball strenuously advocates that activity’s superiority to all other forms of exercise.