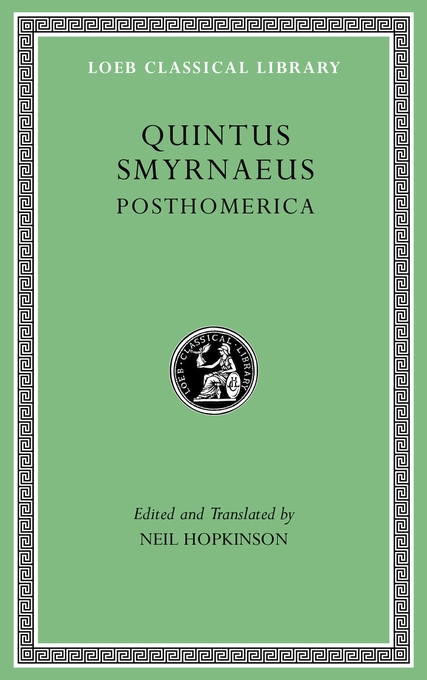 Edited and translated by Neil Hopkinson

Quintus Smyrnaeus’ Posthomerica, the only long mythological epic to survive in Greek from the period between Apollonius’ Argonautica (3rd century BC) and Nonnus’ Dionysiaca (5th century AD), fills in the whole story of the Trojan expedition between the end of Homer’s Iliad and the beginning of the Odyssey, which had been treated only episodically by earlier epic and dramatic poets.

Composing sometime between the late second and mid-fourth centuries AD, Quintus boldly adapts Homeric diction and style to suit the literary, moral, religious, rhetorical, and philosophical culture of the high Roman Empire, and does not hesitate to diverge from the usual versions of the story in order to craft his own narrative vision.

This edition of the Posthomerica replaces the earlier Loeb Classical Library edition by A. S. Way (The Fall of Troy, 1913) with an updated text based on that of F. Vian, and fresh translation, introduction, and bibliography that take account of more than a century of intervening scholarship.