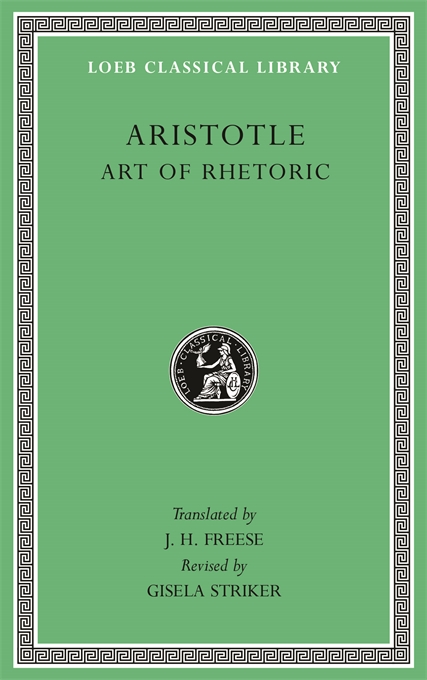 Aristotle (384–322 BC), the great Greek thinker, researcher, and educator, ranks among the most important and influential figures in the history of philosophy, theology, and science. He joined Plato’s Academy in Athens in 367 and remained there for twenty years. After spending three years at the Asian court of a former pupil, Hermeias, he was appointed by Philip of Macedon in 343/2 to become tutor of his teenaged son, Alexander. After Philip’s death in 336, Aristotle became head of his own school, the Lyceum at Athens, whose followers were known as the Peripatetics. Because of anti-Macedonian feeling in Athens after Alexander’s death in 323, he withdrew to Chalcis in Euboea, where he died in 322.

Aristotle wrote voluminously on a broad range of subjects analytical, practical, and theoretical. Rhetoric, probably composed while he was still a member of Plato’s Academy, is the first systematic approach to persuasive public speaking based in dialectic, on which he had recently written the first manual.

This edition of Aristotle’s Rhetoric, which replaces the original Loeb edition by John Henry Freese, supplies a Greek text based on that of Rudolf Kassel, a fresh translation, and ample annotation fully current with modern scholarship.