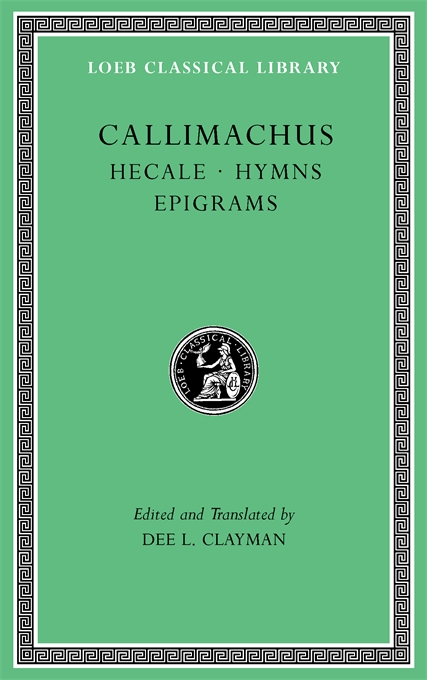 Callimachus (ca. 303–ca. 235 BC), a proud and well-born native of Cyrene in Libya, came as a young man to the court of the Ptolemies at Alexandria, where he composed poetry for the royal family; helped establish the Library and Museum as a world center of literature, science, and scholarship; and wrote an estimated 800 volumes of poetry and prose on an astounding variety of subjects, including the Pinakes, a descriptive bibliography of the Library’s holdings in 120 volumes.

Callimachus’ vast learning richly informs his poetry, which ranges broadly and reworks the language and generic properties of his predecessors in inventive, refined, and expressive ways. The “Callimachean” style, combining learning, elegance, and innovation and prizing brevity, clarity, lightness, and charm, served as an important model for later poets, not least at Rome for Catullus, Virgil, Horace, Ovid, and the elegists, among others.

This edition, which replaces the earlier Loeb editions by A. W. Mair (1921) and C. A. Trypanis (1954, 1958), presents all that currently survives of and about Callimachus and his works, including the ancient commentaries (Diegeseis) and scholia. Volume I contains Aetia, Iambi, and lyric poems; Volume II, Hecale, Hymns, and Epigrams; and Volume III, miscellaneous epics and elegies, other fragments, and testimonia, together with concordances and a general index.

The Greek text is based mainly on Pfeiffer’s but enriched by subsequently published papyri and the judgment of later editors, and its notes and annotation are fully informed by current scholarship.