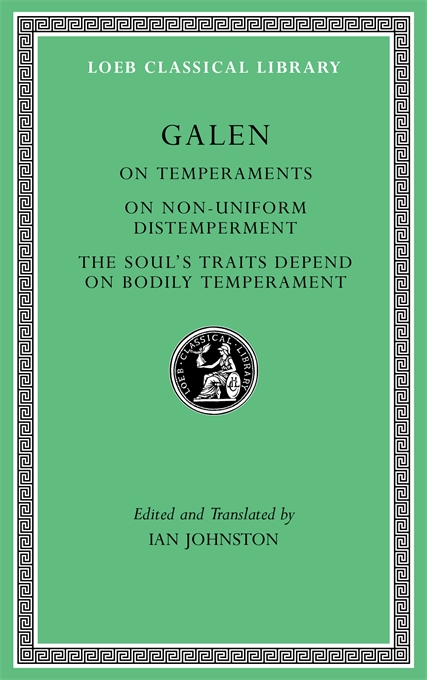 On Temperaments. On Non-Uniform Distemperment. The Soul’s Traits Depend on Bodily Temperament

This volume presents three works of the greatest importance to Galen’s theory and practice of medicine. On Temperaments sets out Galen’s concept of the combination (krasis) of the four elemental qualities (hot, cold, wet, and dry), which is fundamental to his account of the structure and function of the human body and of animal and plant bodies generally, and is in turn essential to his theory of medical practice. The two related works, On Non-Uniform Distemperment and The Soul’s Traits Depend on Bodily Temperament, deal with specific aspects of dyskrasia, which is a disturbance in the combination of these qualities. Appended are two related short treatises, On the Best Constitution of Our Body and On Good Bodily State.