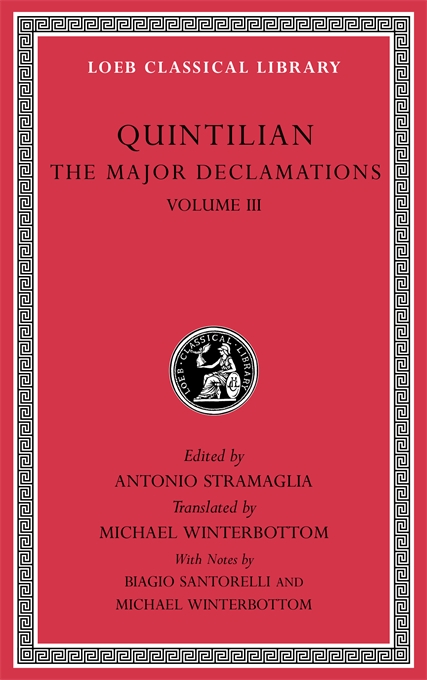 The Major Declamations stand out for their unique contribution to our understanding of the final stage in Greco-Roman rhetorical training. These exercises, in which students learned how to compose and deliver speeches on behalf of either the prosecution or the defense at imaginary trials, demonstrate how standard themes, recurring situations and arguments, and technical rules were to be handled by the aspiring orator. And what is more, they lay bare the mistakes that students often made in this process.

The practice of declamation was already flourishing in Greece as early as the fifth century BC, but nearly all of its vast tradition has disappeared except the present anthology, whose nineteen declamations are almost the only substantial examples surviving from pre-medieval Latinity. They seem to represent that tradition reasonably well: although attributed to the great master Quintilian in antiquity, internal features indicate multiple authorship from around AD 100 to the mid- or late third century, when the collection was assembled.

A wide variety of fascinating ethical, social, and legal details animates the fictional world conjured up by these oratorical exercises, and although the themes of declamation can be unrealistic and even absurd (often reminiscent of ancient novel and tragedy), they seem to provide a safe space in which a student could confront a range of complex issues, so as to attain both the technical knowledge necessary to speak persuasively and the soft skills needed to manage the challenges of adult life under the Roman empire.