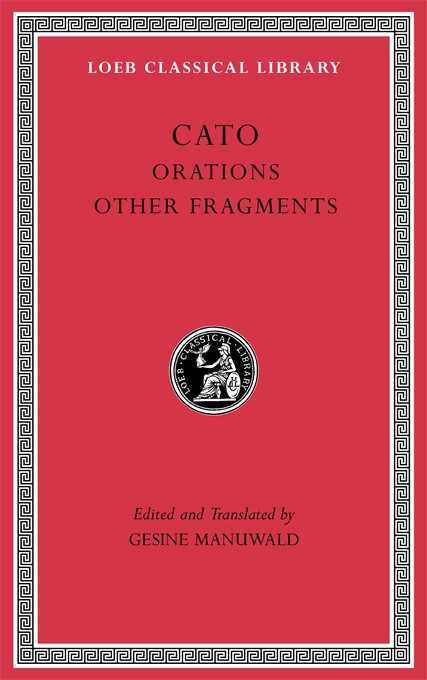 M. Porcius Cato (234–149 BC), one of the best-known figures of the middle Roman Republic, remains legendary for his political and military career, especially his staunch opposition to Carthage; his modest way of life; his integrity of character and austere morality; his literary works, composed in a style at once sophisticated and down-to-earth; his pithy sayings; and his drive to define and to champion Roman national character and traditions in the face of challenges from Greek culture. Cato’s legend derived to no small degree from his own distinctive and compelling self-presentation, which established a model later developed and elaborated by Cicero and by subsequent literary and historical authors for centuries to come.

This volume and its companion (LCL 551) join the Loeb edition of Cato’s only extant work, On Agriculture (LCL 283), by supplying all testimonia about, and all fragments by or attributed to Cato. Highlights are Origines, the first historical work attested in Latin, a history of Rome from its founding to the onset of the first Punic War, as well as the origins of major Italian cities; his orations, regarded as the beginning of Roman oratory; To His Son Marcus, which inaugurated a Roman tradition of didactic pieces addressed by fathers to their sons; Military Matters; the Poem on Morals; letters; commentaries on civil law; and memorable sayings.