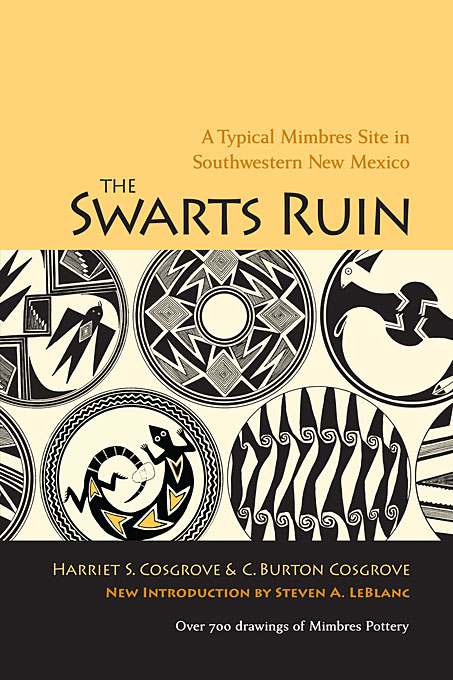 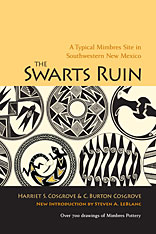 A Typical Mimbres Site in Southwestern New Mexico, With a New Introduction by Steven A. LeBlanc

Introduction by Steven A. LeBlanc

This classic volume on the evocative and enigmatic pottery of the Mimbres people has become an irreplaceable design catalogue for contemporary Native American artists. C. Burton (Burt) and Harriet (Hattie) S. Cosgrove were self-trained archaeologists who began excavating Mimbres materials in 1919. When their meticulous research came to the attention of Alfred V. Kidder of the Peabody Museum, he invited them to direct the Mimbres Valley Expedition at the Swarts Ranch in southern New Mexico on behalf of the Peabody.

Working in the summers of 1924 to 1927, the Cosgroves recovered nearly 10,000 artifacts at the Swarts site, including an extraordinary assemblage of Mimbres ceramics. Like their original 1932 report, this paperbound facsimile edition includes over 700 of Hattie Cosgrove’s beautiful line drawings of individual Mimbres pots. It also presents a new introduction by archaeologist Steven A. LeBlanc, who reviews the eighty years of research on the Mimbres that have followed the Cosgroves’ groundbreaking study. The Peabody’s reissue of The Swarts Ruin once again makes available a rich resource for scholars, artists, and admirers of Native American art, and it places in historical context the Cosgroves’ many contributions to North American archaeology.