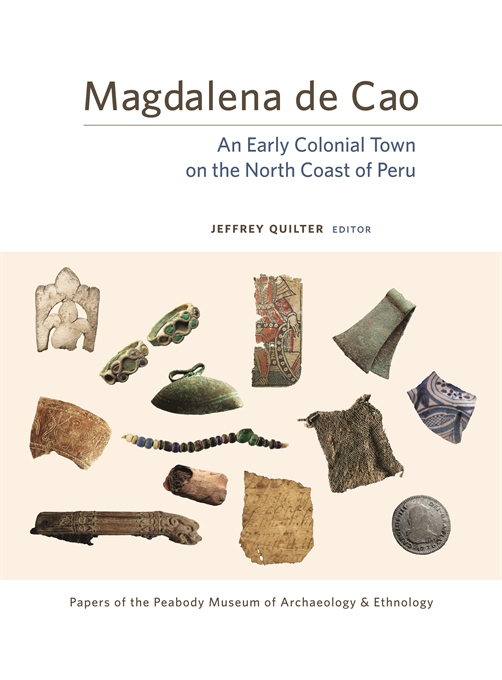 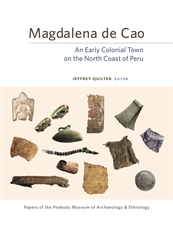 Papers of the Peabody Museum 87

An Early Colonial Town on the North Coast of Peru

On February 4, Jeffrey Quilter lectured on “From Conquest to Colony: The Early Colonial Period in Peru” at a live online event hosted by the Harvard Museums of Science & Culture. Until March 6, purchase Magdalena de Cao for 20% off by using this form.

During the early Colonial Period in the Americas, as an ancient way of life ended and the modern world began, indigenous peoples and European invaders confronted, resisted, and compromised with one another. Yet archaeological investigations of this complex era are rare. Magdalena de Cao is an exception: the first in-depth and heavily illustrated examination of what life was like at one culturally mixed town and church complex during the early Colonial Period in Peru.

The field research reported in this volume took place at the site of Magdalena de Cao Viejo, a town on the edge of the Pacific Ocean whose 150-year lifespan ran from the Late Renaissance to the Age of Enlightenment. For a decade, an interdisciplinary team of researchers conducted archaeological and historical research in Peru, Spain, and the United States. Their analysis of documentary sources and recovered artifacts—including metals, textiles, beads, and fragmentary paper documents—opens new doors to understanding daily life in Magdalena de Cao during a turbulent time. Touching on themes of colonialism, cultural hybridity, resistance, and assimilation, Magdalena de Cao provides a comprehensive overview of the project itself and a rich body of data that will be of interest to researchers for years to come.