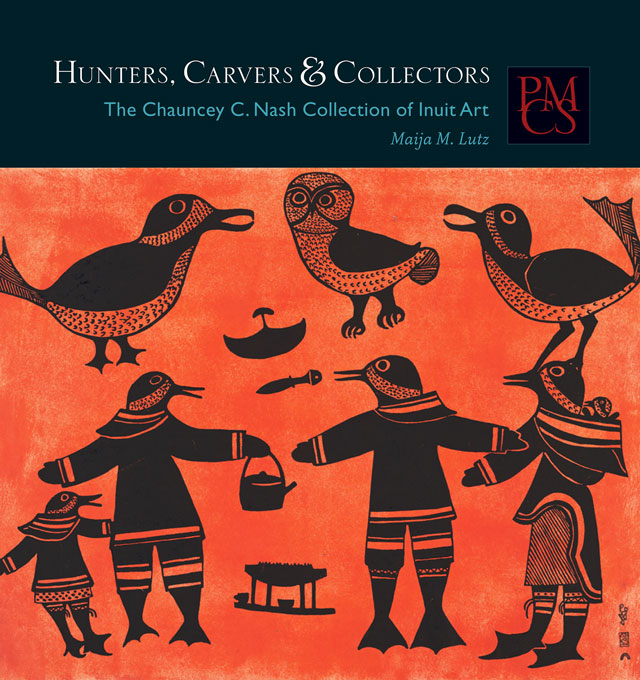 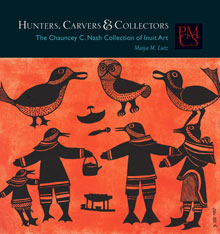 In the late 1950s, Chauncey C. Nash started collecting Inuit carvings just as the art of printmaking was being introduced in Kinngait (Cape Dorset), an Inuit community on Baffin Island in the Canadian territory of Nunavut. Nash donated some 300 prints and sculptures to Harvard’s Peabody Museum—one of the oldest collections of early modern Inuit art. The Peabody collection includes not only early Inuit sculpture but also many of the earliest prints on paper made by the women and men who helped propel Inuit art onto the world stage.

Author Maija M. Lutz draws from ethnology, archaeology, art history, and cultural studies to tell the story of a little-known collection that represents one of the most vibrant and experimental periods in the development of contemporary Inuit art. Lavishly illustrated, Hunters, Carvers, and Collectors presents numerous never-before-published gems, including carvings by the artists John Kavik, Johnniebo Ashevak, and Peter Qumalu POV Assappa. This latest contribution to the award-winning Peabody Museum Collections Series fills an important gap in the literature of Native American art.