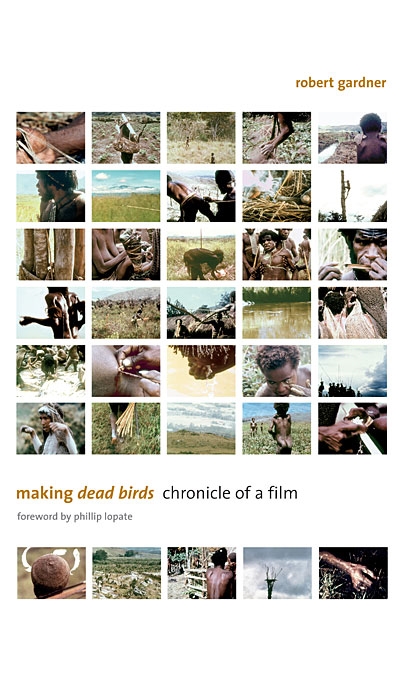 Chronicle of a Film

Robert Gardner’s classic Dead Birds is one of the most highly acclaimed and controversial documentary films ever made. This detailed and candid account of the process of making Dead Birds, from the birth of the idea through filming in New Guinea to editing and releasing the finished film, is more than the chronicle of a single work. It is also a thoughtful examination of what it meant to record the moving and violent rituals of warrior-farmers in the New Guinea highlands and to present to the world a graphic story of their behavior as a window onto our own. Letters, journals, telegrams, newspaper clippings, and over 50 images are assembled to recreate a vivid chronology of events. Making Dead Birds not only addresses the art and practice of filmmaking, but also explores issues of representation and the discovery of meaning in human lives.

Gardner led a remarkable cast of participants on the 1961 expedition. All brought back extraordinary bodies of work. Probably most influential of all was Dead Birds, which marked a sea change in nonfiction filmmaking. This book takes the reader inside the creative process of making that landmark film and offers a revealing look into the heart and mind of one of the great filmmakers of our time.