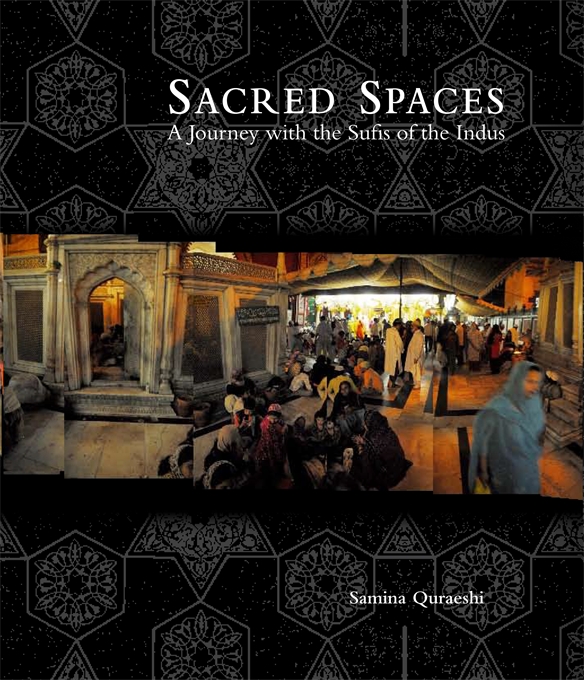 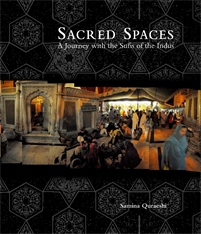 A Journey with the Sufis of the Indus

Sufism, the mystical path of Islam, is a key feature of the complex Islamic culture of South Asia today. Influenced by philosophies and traditions from other Muslim lands and by pre-Islamic rites and practices, Sufism offers a corrective to the image of Islam as monolithic and uniform.

In Sacred Spaces, Pakistani artist and educator Samina Quraeshi provides a locally inflected vision of Islam in South Asia that is enriched by art and by a female perspective on the diversity of Islamic expressions of faith. A unique account of a journey through the author’s childhood homeland in search of the wisdom of the Sufis, the book reveals the deeply spiritual nature of major centers of Sufism in the central and northwestern heartlands of South Asia. Illuminating essays by Ali S. Asani, Carl W. Ernst, and Kamil Khan Mumtaz provide context to the journey, discussing aspects of Sufi music and dance, the role of Sufism in current South Asian culture and politics, and the spiritual geometry of Sufi architecture.

Quraeshi relies on memory, storytelling, and image making to create an imaginative personal history using a rich body of photographs and works of art to reflect the seeking heart of the Sufi way and to demonstrate the diversity of this global religion. Her vision builds on the centuries-old Sufi tradition of mystical messages of love, freedom, and tolerance that continue to offer the promise of building cultural and spiritual bridges between peoples of different faiths.