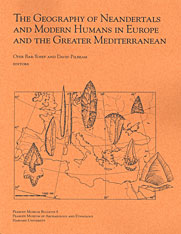 During the Middle Paleolithic, various populations ancestral to modern Homo sapiens inhabited Africa, while Europe was homeland to the Neandertals. Recent archaeological investigations have provided data showing that the abrupt transition from the Middle to the Upper Neolithic, during which these populations met and interacted, was a fast-moving period of change for both groups.

In this volume, the expansion of modern humans and their impact on the populations of Neandertals in Europe, Western Asia, and Northern Africa is discussed in depth, with particular focus on the lithic industries of the late Middle and early Upper Paleolithic.