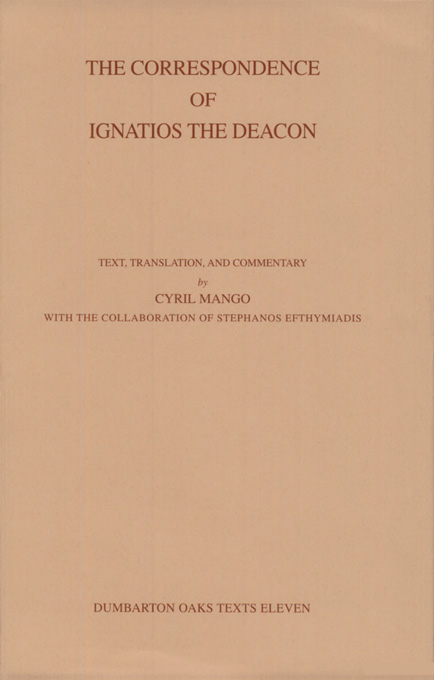 The Correspondence of Ignatios the Deacon

Translated with commentary by Cyril Mango

Ignatios the Deacon was a key figure in the revival of literary culture that took place at Constantinople in the first half of the ninth century. He is best known for his hagiographical works, but he also wrote poems, compiled an anthology of ancient proverbs, and edited textbooks. For some time he served as bishop of Nicaea under an Iconoclastic regime, but later repented of his errors and moved into the “orthodox” camp.

Preserved in a single manuscript, Ignatios’s correspondence has remained practically unknown to scholars. Some of the letters deal with literary trifles, while others contain valuable information on the social and economic history of the period. Taken together, they afford a unique glimpse into the activity of a Byzantine intellectual, struggling to survive in a time of bitter doctrinal strife.