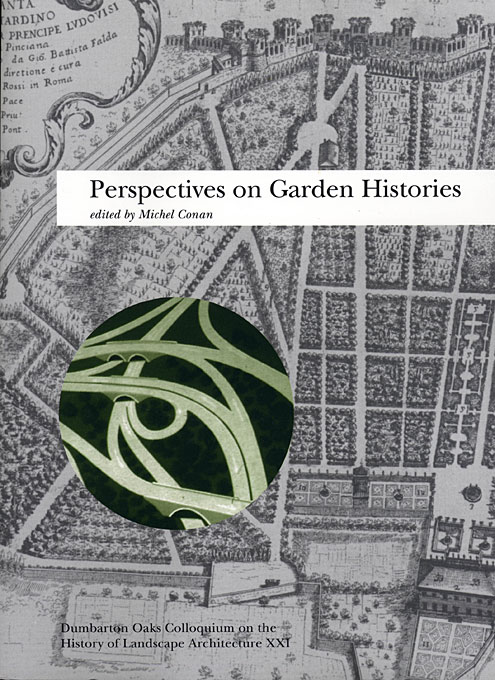 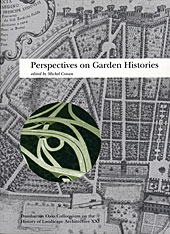 Dumbarton Oaks Colloquium on the History of Landscape Architecture 21

Garden history is a discipline of contested purposes. Perspectives on Garden Histories contributes to a self-critical examination of this emergent field of study, at the same time offering an overview of its main achievements in several domains—such as Italian and Mughal gardens—and of the new kinds of investigation to which they have led.

In its early years garden history centered on architectural studies of garden design, but in the 1960s the emphasis shifted from garden design to garden meaning. The new paradigm considered gardens as complex works of art and demanded an extensive documentation of the historical context as well as of the figurative and discursive sources. This approach, in its turn, was challenged by neo-Marxist scholars who proceeded to view landscape appreciation as an ideological superstructure, an outgrowth of agricultural production processes.

Garden designs and their histories can also be viewed as expressions of ideological conflicts in society. Neither gardens nor their history can thus be studied independently of the social, cultural, and political movements that give prominence to the contested ideologies. Gardens can be used to foster some ideologies or reflect a reaction against a social change.

Comparative research offers another fascinating approach, exploring the relations between European landscape concepts and other cultural contexts and discussing issues of cultural dominance and interpretation.

The emergence of various perspectives has led to the incorporation of further questions into the domain of garden studies, which has been moving in new directions and using new methods in search of an adapted theoretical framework. This volume offers a striking view of changes taking place in the discipline.