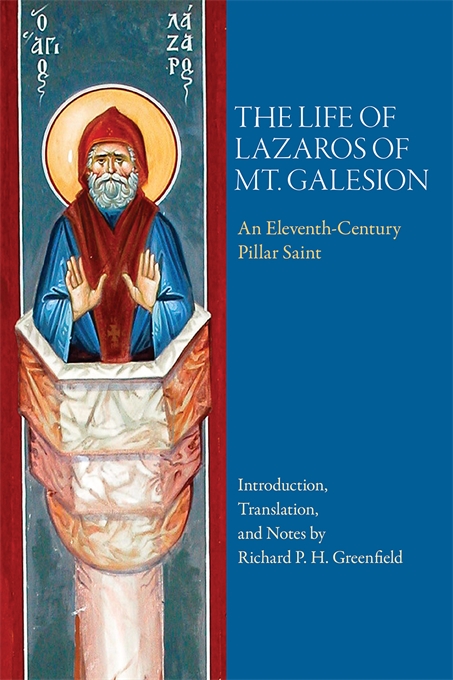 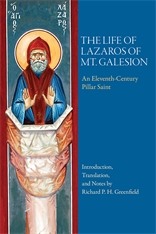 The Life of Lazaros of Mt. Galesion

Lazaros of Mt. Galesion was widely recognized as a star of contemporary Byzantine monasticism by the time he died in 1053. His reputation for sanctity rested primarily on his extraordinary perseverance as a pillar ascetic, as he spent the last forty or so years of his life atop a column on the barren mountain of Galesion.

Apart from his asceticism, Lazaros was known particularly for his remarkable insight, wise advice, and unstinting generosity, as well as his miraculous powers. Visitors flocked to see the gaunt old man who had become for them a living icon. On the bleak mountainside around him, a considerable monastic community developed, and, over time, he became known and respected by the rich and powerful of his day.

The vita of Lazaros, here translated into English for the first time, was written shortly after his death by a disciple, Gregory the Cellarer. The tale is not one of simple veneration. Its author makes clear that Lazaros’s reputation was by no means unquestioned during his lifetime, and he reveals the existence of a sometimes startling hostility toward him on the part of local church officials, neighboring monasteries, and even his own monks. Visible here is a fascinating and unusual glimpse into the dynamics of the making, or breaking, of a holy man’s reputation. It is a refreshing piece of hagiography that also provides a wealth of information on Byzantine life.