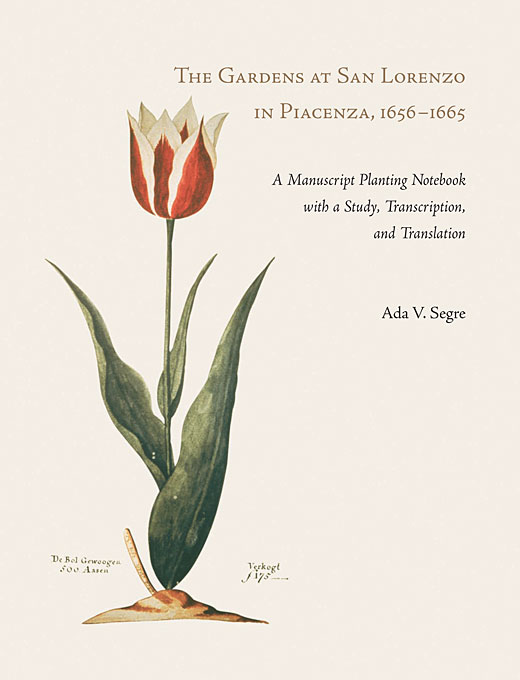 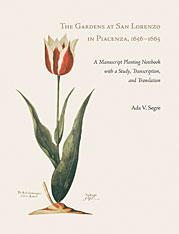 The notebook is a record of the planting of three flower gardens at San Lorenzo. It is now believed that the gardens were created for Margherita de’ Medici Farnese, duchess of Parma and Piacenza. The notebook provides insight into the creation of a seventeenth-century garden, from identifying flowers to planning flowerbeds. In turn, these sketches reveal the gardener’s own intentions and reflections on the designs.

Ada Segre’s accompanying study of the notebook is a groundbreaking example of garden archaeology. She considers its provenance and connection to the world of the duchess and her gardens. Segre also evaluates the importance of the manuscript as an object and as a source of information on garden design and practice in Italy during the mid-seventeenth century. Three computer-generated recreations of the garden’s planting beds are included with the reproduction.