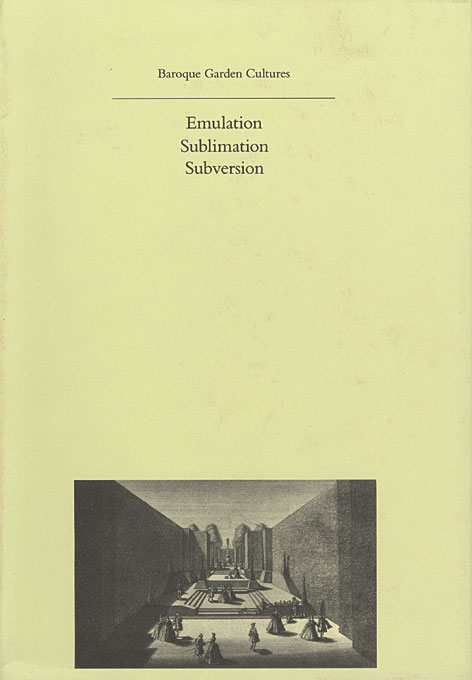 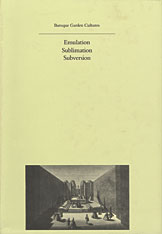 Dumbarton Oaks Colloquium on the History of Landscape Architecture 25

Baroque Garden Cultures: Emulation, Sublimation, Subversion proposes a new approach to the study of baroque gardens, examining the social reception of gardens as a means to understand garden culture in general and exploring baroque gardens as a feature of baroque cultures in particular. In so doing, it negotiates a turning point in garden history.

Jose Antonio Maravall determined that baroque culture grew out of the social and economic crises of the seventeenth and eighteenth centuries, precipitating the establishment of the state and its concomitant engines of repression and propaganda. This absolutist state deployed the arts as a political means to dazzle society into submission to the monarch. The varying degrees of state control allowed for diverse cultural and political reception of the arts to emerge and for the possibility of anti-baroque arts to develop alongside baroque ones. This possibility invites us to understand the conditions of artistic production as a preamble to aesthetic criticism and to position garden history within the framework of social history. Such an approach explores and explains the vexing differences in baroque art and landscape architecture in different countries and at different times from the end of the sixteenth century to the present. Although primarily associated with Europe, baroque culture developed elsewhere as well.

Gardens played a prominent role in the development of the European baroque, with variations due to the different political systems and social structures in place between 1580 and 1770. These countries nevertheless entertained a dense network of cultural relationships and the reception of baroque gardens can thus be studied in an international context.

This study of gardens ranging from western and northern Europe in the seventeenth and eighteenth centuries to as far away as twelfth-century China shows how the study of audience reception can renew our understanding of the cultural role of gardens. Gardens have a life of their own and this book’s various chapters ponder how they might have been formative of culture in a way that completely escaped the intentions of their creators and designers. This volume also studies the changing reception of gardens long after they were designed, including the reception of historical gardens by contemporary tourists and art critics. Baroque Garden Cultures demonstrates that while baroque garden politics encouraged emulation and led to various forms of sublimation of its attempts at cultural control, it could not ultimately escape clever means of subversion.