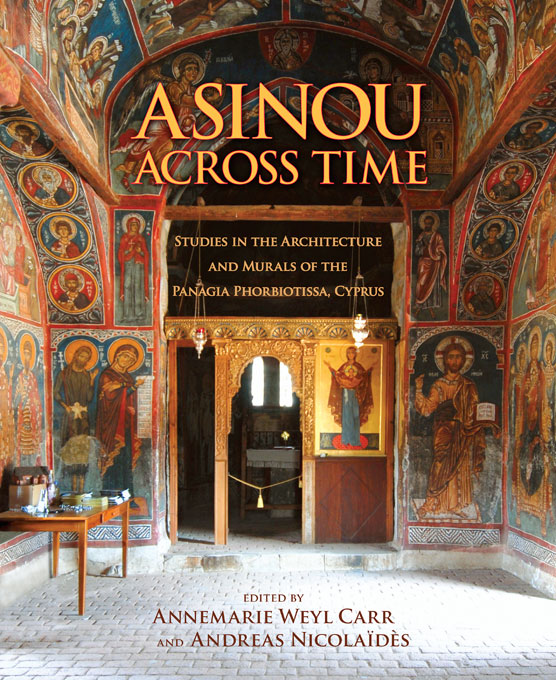 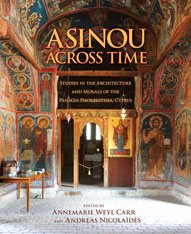 Studies in the Architecture and Murals of the Panagia Phorbiotissa, Cyprus

The church of Asinou is among the most famous in Cyprus. Built around 1100, the edifice, now a UNESCO World Heritage Site, is decorated with accretions of images, from the famous fresco cycle executed shortly after initial construction to those made in the early seventeenth century. During this period the church served the adjacent monastery of the Mother of God ton Phorbion (“of the vetches”), and was subject to Byzantine, Lusignan (1191–1474), Venetian (1474–1570), and Ottoman rule. This monograph is the first on one of Cyprus’s major diachronically painted churches. Written by an international team of renowned scholars, the book sets the accumulating phases of Asinou’s art and architecture in the context of the changing fortunes of the valley, of Cyprus, and of the eastern Mediterranean. Chapters include the first continuous history of the church and its immediate setting; a thorough analysis of its architecture; editions, translations, and commentary on the poetic inscriptions; art-historical studies of the post-1105/6 images in the narthex and nave; a detailed comparative analysis of the physical and chemical properties of the frescoes; and a diachronic table of paleographical forms.