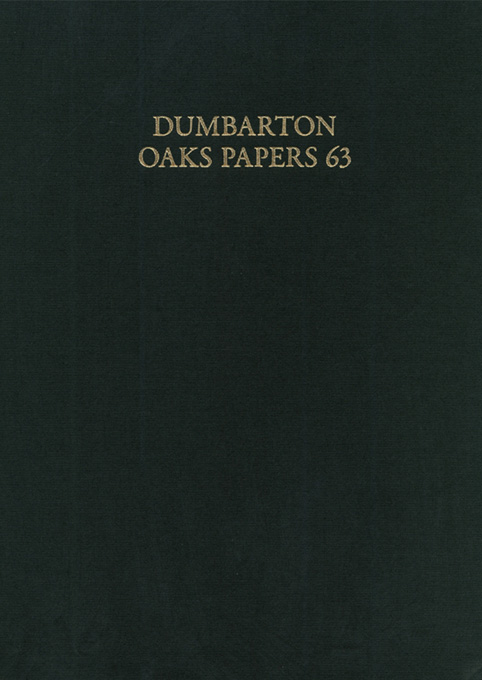 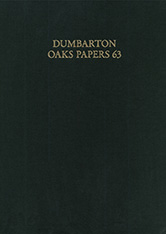 Founded in 1941, the annual journal Dumbarton Oaks Papers is dedicated to the publication of articles relating to late antique, early medieval, and Byzantine civilization in the fields of art and architecture, history, archaeology, literature, theology, law, and auxiliary disciplines.

In this issue: Alexander Sarantis, “War and Diplomacy in Pannonia and the Northwest Balkans during the Reign of Justinian: The Gepid Threat and Imperial Responses”; Peter Hatlie, “Images of Motherhood and Self in Byzantine Literature”; Maria Evangelatou, “Liturgy and the Illustration of the Ninth-Century Marginal Psalters”; Henry Maguire, “Ivories as Pilgrimage Art: A New Frame for the ‘Frame Group’”; Vasileios Marinis, “Tombs and Burials in the Monastery tou Libos in Constantinople”; and three fieldwork reports: “Second Report on the Excavation in the Monastery of Apa Shenute (Dayr Anba Shinuda) at Suhag,” by Peter Grossman, Darlene L. Brooks Hedstrom, and Saad Mohamad Mohamad Osman, with a contribution by Hans-Christoph Noeske; “To Live and Die in a Turbulent Era: Bioarchaeological Analysis of the Early Byzantine (6th–7th Centuries AD) Population from Sourtara Galaniou Kozanis (Northern Greece),” by Chryssi Bourbou; and “Study and Restoration of the Zeyrek Camii in Istanbul: Second Report, 2001–2005,” by Robert Ousterhout, Zeynep Ahunbay, and Metin Ahunbay.