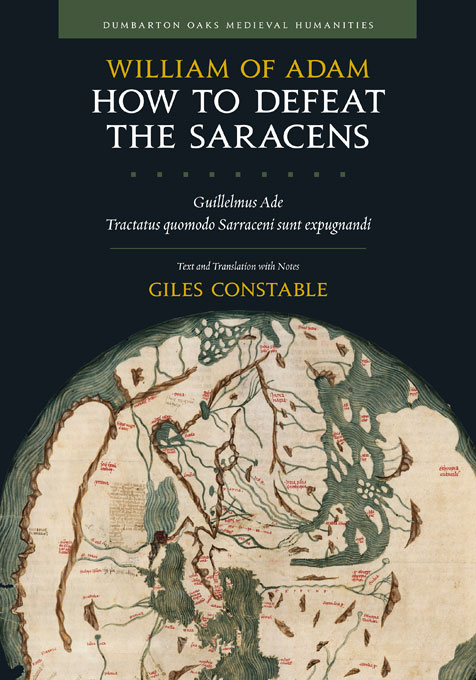 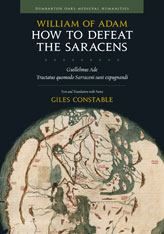 How to Defeat the Saracens

Edited and translated by Giles Constable

The fall of the crusader-controlled city of Acre to the Muslims in 1291 inspired many schemes for crusades to recover Jerusalem and its environs. One of these proposals is How to Defeat the Saracens, written around 1317 by William of Adam, a Dominican who traveled extensively in the eastern Mediterranean, Persia, and parts of India. The treatise, poorly known even among specialists, presents a five-pronged plan for retaking the Holy Land. In particular, it focuses on cutting off economic and military support for Egypt. William’s personal experience in the lands he describes comes through, for example, when he recollects his encounters in Persia with a captive Greek woman whose child he baptized, and in India with a lapsed Christian who said that God had abandoned him.

In this volume Giles Constable provides a critical edition of the Latin text and a facing English translation. Extensive notes, produced in collaboration with other experts, guide the reader through the political, geographical, economic, military, and historical context of this fascinating work.