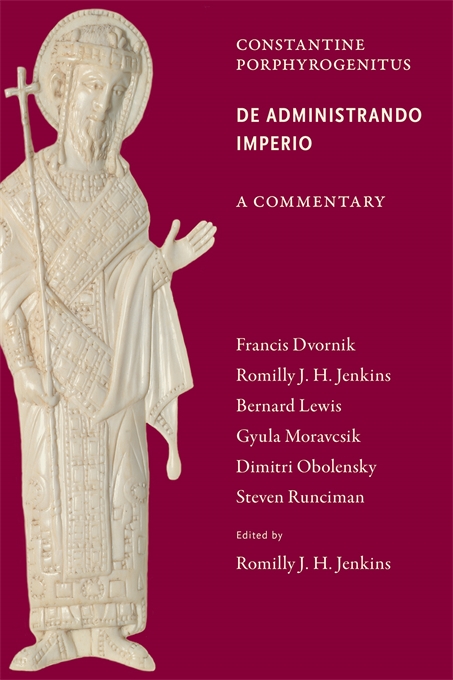 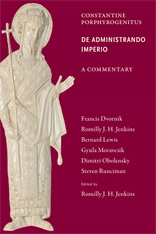 Commentary on the De Administrando Imperio

The De Administrando Imperio, compiled by Constantine VII Porphyrogenitus in the tenth century, is one of the most important historical documents surviving from the middle Byzantine period, containing a wide variety of information on foreign relations and internal administration. The critical text of the De Administrando Imperio, edited by Gyula Moravcsik and translated by R. J. H. Jenkins (Dumbarton Oaks Texts), is now joined by the commentary, written in 1962 by a team of eminent scholars led by Jenkins. Long out of print, the Jenkins commentary remains the most thorough and authoritative study of this significant medieval text, and it is now republished as a companion volume to the critical text and translation. In addition to extensive commentary on the historical, geographical, and philological nuances of the Greek text, this volume contains a bibliography, map, indexes, and genealogical charts.