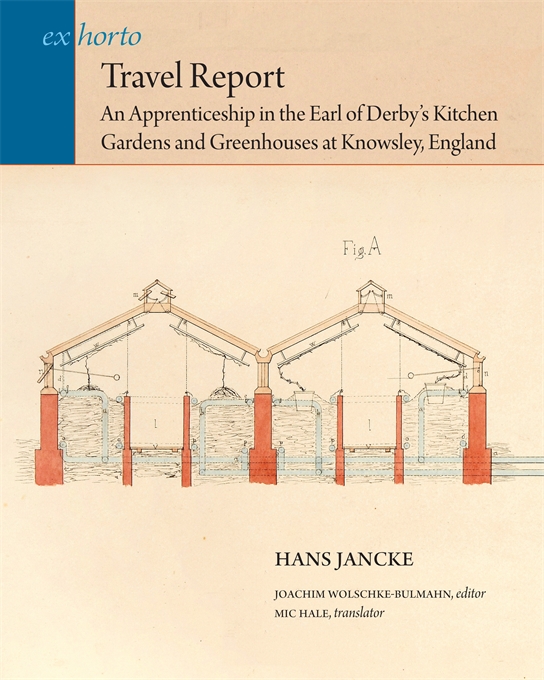 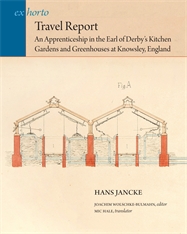 An Apprenticeship in the Earl of Derby’s Kitchen Gardens and Greenhouses at Knowsley, England

For centuries, travel was an important part of a gardener’s initial and continuing professional training. Educational journeys to parks and gardens at home and abroad were consistently recorded in lengthy reports and articles for professional journals. The travel report by Hans Jancke (1850–1920), a court gardener who served the Prussian kings in Potsdam, Germany, is typical of this genre. Jancke’s manuscript, which until now remained unpublished, describes his 1874–1875 apprenticeship at Knowsley, the seat of the Earl of Derby near Liverpool, England. Containing extensive plant lists and detailed descriptions of the horticultural regimens observed in the estate’s kitchen gardens and greenhouses, the text is augmented by several measured drawings executed by Jancke. These illustrations include the hothouses used for fruit forcing, vegetable production, and exotic ornamentals, as well as a site plan based on Jancke’s own survey data.

Professionally focused travel journals of gardeners and garden artists were for a long time ignored as sources to be taken seriously in historical research. But Jancke’s eyewitness account, especially as it documents an intense scientific curiosity, demonstrates the potential of these texts for illuminating the more technical and practical aspects of the history of the garden arts.