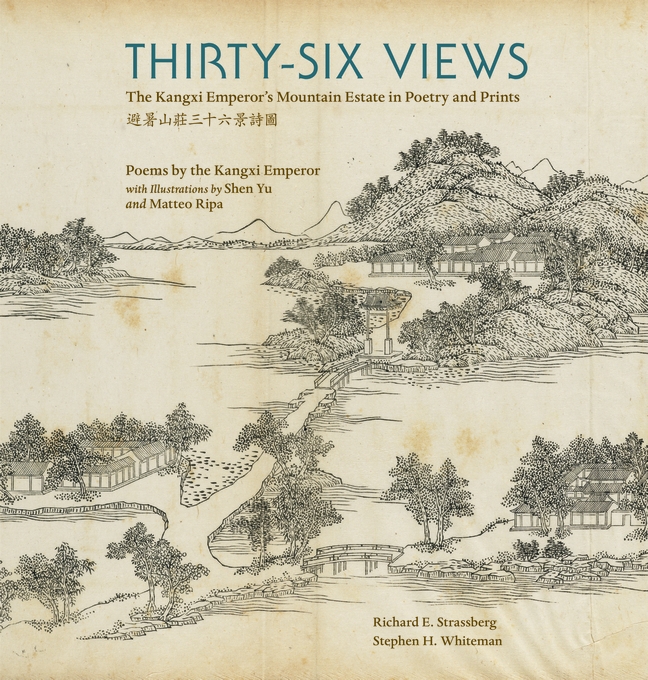 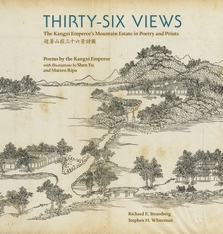 The Kangxi Emperor’s Mountain Estate in Poetry and Prints

In 1712, the Kangxi emperor published Imperial Poems on the Mountain Estate for Escaping the Heat (Yuzhi Bishu shanzhuang shi) to commemorate his recently completed summer palace. Through his perceptions of thirty-six of its most scenic views, his poems and descriptions present an unusually intimate self-portrait of the emperor at the age of sixty that reflected the pleasures of his life there as well as his ideals as the ruler of the Qing Empire. Kangxi was closely involved in the production of the book and ordered several of his outstanding court artists—the painter Shen Yu and the engravers Zhu Gui and Mei Yufeng—to produce woodblock prints of the thirty-six views, which set a new standard for topographical illustration. He also ordered Matteo Ripa, an Italian missionary serving as a court-artist, to translate these images into the medium of copperplate engraving, which introduced this technique to China. Ripa’s hybridized interpretations soon began to circulate in Europe and influenced contemporary aesthetic debates about the nature and virtues of the Chinese garden. This artistic collaboration between a Chinese emperor and a western missionary-artist thus marked a significant moment in intercultural imagination, production, and transmission during an earlier phase of globalization.