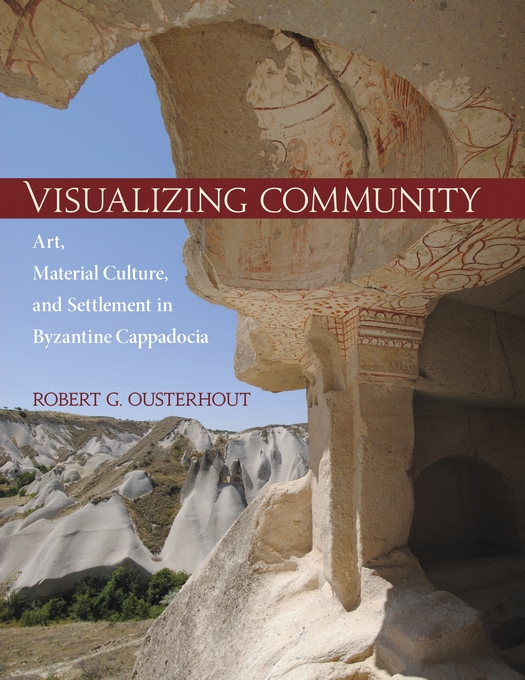 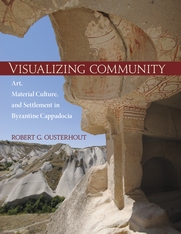 Cappadocia, a picturesque volcanic region of central Anatolia, preserves the best evidence of daily life in the Byzantine Empire and yet remains remarkably understudied, better known to tourists than to scholars. The area preserves an abundance of physical remains: at least a thousand rock-cut churches or chapels, of which more than one-third retain significant elements of their painted decoration, as well as monasteries, houses, entire towns and villages, underground refuges, agricultural installations, storage facilities, hydrological interventions, and countless other examples of non-ecclesiastical architecture. In dramatic contrast to its dearth of textual evidence, Cappadocia is unrivaled in the Byzantine world for its material culture.

Based upon the close analysis of material and visual residues, Visualizing Community offers a critical reassessment of the story and historiography of Byzantine Cappadocia, with chapters devoted to its architecture and painting, as well as to its secular and spiritual landscapes. In the absence of a written record, it may never be possible to write a traditional history of the region, but, as Robert Ousterhout shows, it is possible to visualize the kinds of communities that once formed the living landscape of Cappadocia.