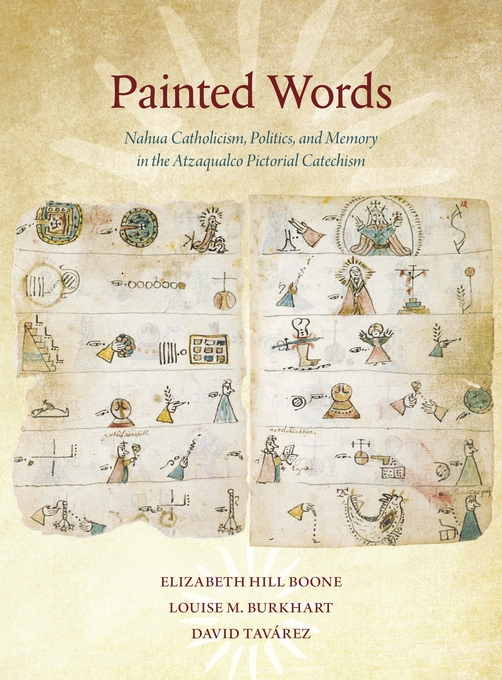 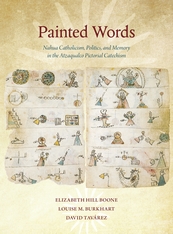 Nahua Catholicism, Politics, and Memory in the Atzaqualco Pictorial Catechism

Painted Words presents a facsimile, decipherment, and analysis of a seventeenth-century pictographic catechism from colonial Mexico, preserved as Fonds Mexicain 399 at the Bibliothèque Nationale de France. Works in this genre present the Catholic catechism in pictures that were read sign by sign as aids to memorization and oral performance. They have long been understood as a product of the experimental techniques of early evangelization, but this study shows that they are better understood as indigenous expressions of devotional knowledge.

In addition to inventive pictography to recount the catechism, this manuscript features Nahuatl texts that focus on don Pedro Moteuczoma, son of the Mexica ruler Moteuczoma the Younger, and his home, San Sebastián Atzaqualco. Other glosses identify figures drawn within the manuscript as Nahua and Spanish historical personages, as if the catechism had been repurposed as a dynastic record. The end of the document displays a series of Nahua and Spanish heraldic devices.