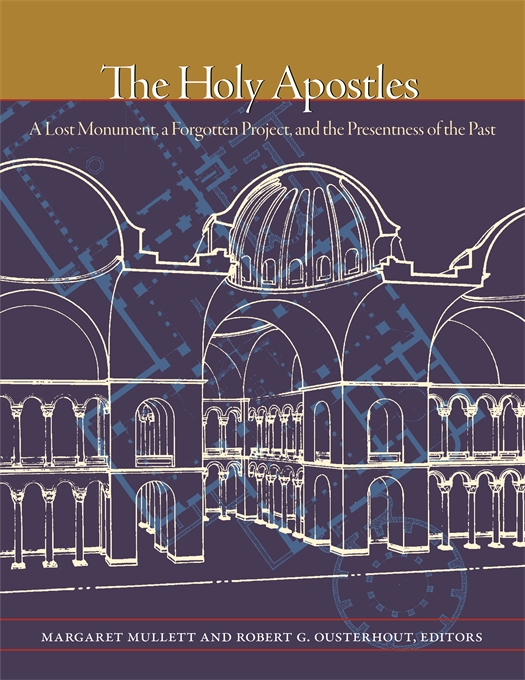 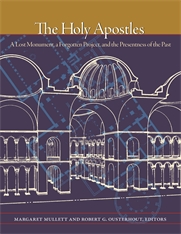 A Lost Monument, a Forgotten Project, and the Presentness of the Past

Founded by Constantine the Great, rebuilt by Justinian, and redecorated in the ninth, tenth, and twelfth centuries, the Church of the Holy Apostles in Constantinople was the mausoleum of emperors, patriarchs, and saints. It was also a key station in the ceremonies of the city, the site of an important school, a major inspiration for apostolic literature, and briefly the home of the patriarch. Despite its significance, the church no longer exists, replaced by the mosque of Mehmet II after the fall of the city to the Ottomans. Today the church is remembered primarily from two important middle Byzantine ekphraseis, which celebrate its beauty and prominence, as well as from architectural copies and manuscript illustrations.

Scholars have long puzzled over the appearance of the church, as well as its importance to the Byzantines. Anxious to reconstruct the building and its place in the empire, an early collaborative project of Dumbarton Oaks brought together a philologist, an art historian, and an architectural historian in the 1940s and 1950s to reconstruct their own version of the Holy Apostles. Never fully realized, their efforts remained unpublished. The essays in this volume reconsider their project from a variety of vantage points, while illuminating differences of approach seventy years later, to arrive at a twenty-first-century synthesis.