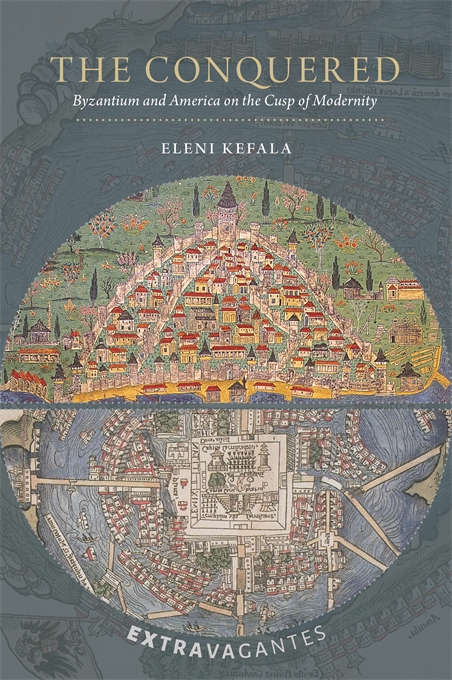 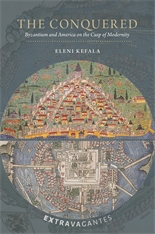 Byzantium and America on the Cusp of Modernity

In the middle of the fifteenth century, ominous portents like columns of fire and dense fog were seen above the skies of Constantinople as the Byzantine capital fell under siege by the Ottomans. Allegedly, similar signs appeared a few decades later and seven thousand miles away, forecasting the fall of the Mexica capital of Tenochtitlan—Tlatelolco to the Spanish and their indigenous allies. After both cities had fallen, some Greeks and Mexica turned to poetry and song to express their anguish at the birth of what has come to be called the “modern” era.

This study probes issues of collective memory and cultural trauma in three sorrowful poems, the “Lament for Constantinople,” the “Huexotzinca Piece,” and the “Tlaxcala Piece.” Composed by anonymous authors soon after the conquest of the two cities, these texts describe the fall of an empire as a fissure in the social fabric and an open wound on the body politic. They are the workings of creators who draw on tradition and historical particulars to articulate, in a familiar language, the trauma of the conquered.