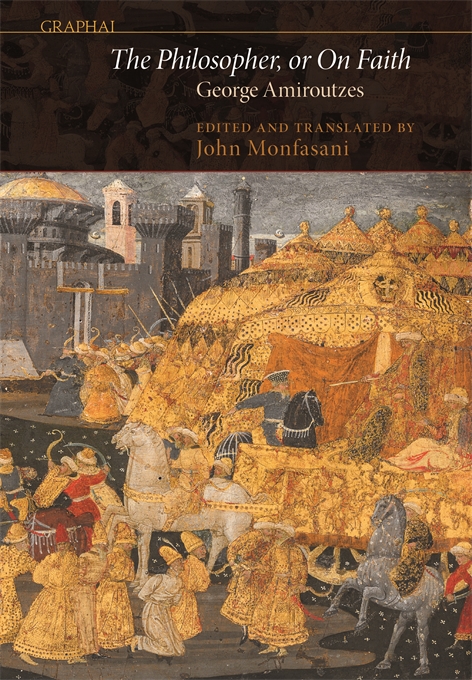 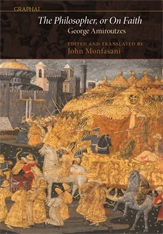 The Philosopher, or On Faith

Edited and translated by John Monfasani

“God necessarily exists, since it is not possible for things to be otherwise, as Aristotle shows in the Metaphysics.” So Mehmed II, the Ottoman conqueror of both Constantinople and Trebizond, tells George Amiroutzes, the Byzantine scholar and native of Trebizond, in the beginning of a conversation reported in Amiroutzes’s dialogue The Philosopher, or On Faith.

The dialogue is a literary recreation of the conversations between Mehmed, a Muslim, and Amiroutzes, a Christian. In the course of The Philosopher, the two debate the role of logic and rationality in religious debate, the nature of God, and the fate of the body and soul in the afterlife. Surprisingly complex and subtle arguments emerge, firmly situated in their fifteenth-century context but steeped in the long Greek philosophical tradition.

Previously known only from a sixteenth-century Latin translation, The Philosopher was rediscovered in a Greek manuscript in Toledo. In this volume, John Monfasani presents both the editio princeps and the first translation from the Greek, with an introduction that discusses the life of Amiroutzes and the text, the text and translation with full apparatus and notes, and two appendixes that present documents related to the relationship between Amiroutzes and Mehmed.