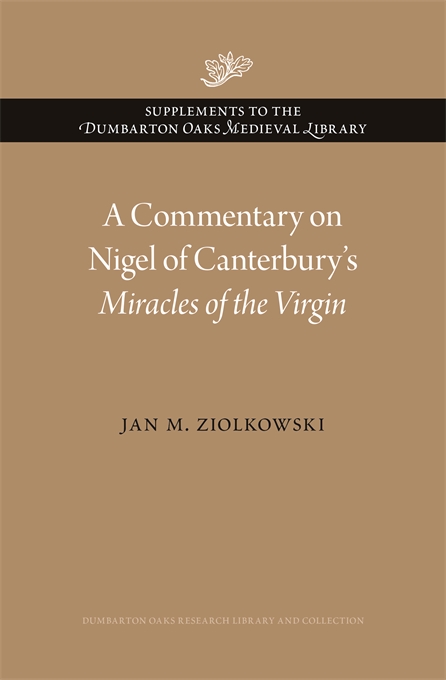 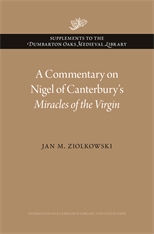 A Commentary on Nigel of Canterbury’s Miracles of the Virgin

Nigel of Canterbury, also known as Longchamp and Whiteacre, wrote toward the end of the so-called Twelfth-Century Renaissance. He was a Benedictine monk of Christ Church when Thomas Becket was martyred, and a star of Anglo-Latin literature while the Angevin kings held sway over a vast empire that encompassed not only the British Isles but also western France.

The Dumbarton Oaks Medieval Library volume features, alongside the Latin, the first-ever English translation of Nigel’s second-longest poem, Miracles of the Virgin. The Miracles is the oldest extant collection of versified miracles of Mary in Latin and indeed in any language. The seventeen narratives, telling a gamut of tales from diabolic pacts to pregnant abbesses, gave scope for Nigel to display skills as a storyteller and stylist, while recounting the miraculous mercy of the Virgin. This supplement offers an extensive commentary to facilitate appreciation of the Miracles as poetry by a medieval writer deeply imbued in the long tradition of Latin literature.