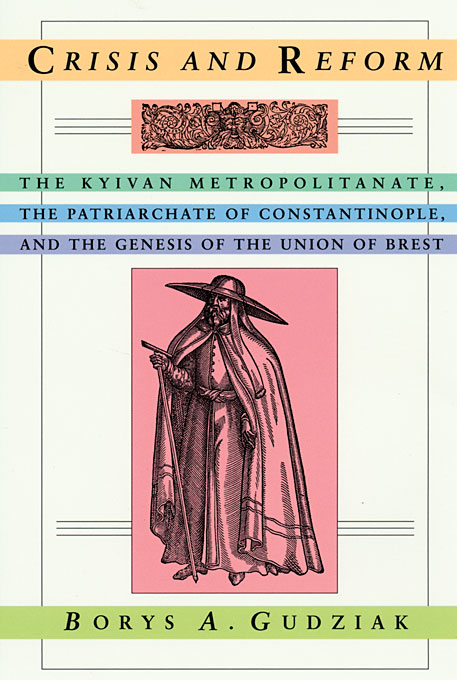 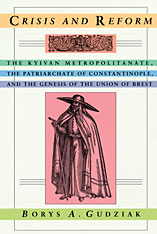 The Kyivan Metropolitanate, the Patriarchate of Constantinople, and the Genesis of the Union of Brest

Crisis and Reform is a groundbreaking study that traces the Church history that led to the Union of Brest (1596), in which a majority of Ruthenian eparchies accepted the primacy of the Pope in Rome while retaining their Slavonic-Byzantine rite. Borys Gudziak concentrates specifically on the significance of the Kievan metropolitanate and its struggle both with the Moscow metropolitanate and with the encroachment of Polish Roman-Catholicism and Protestantism on Ruthenian spiritual life. He also shows how these tensions, coupled with the aftermath of the visit to Muscovy (1588–1589) of Patriarch Jeremiah of Constantinople, led to the decision of the Ruthenian hierarchy to move toward union with Rome.

Crisis and Reform provides an excellent overview of the ecclesiastical structures in Eastern Slavic lands from their Christianization to the late sixteenth century. The book also contains maps and reproductions of sixteenth- and seventeenth-century illustrations of leading Church figures, polemicists, and sites important to the Union.