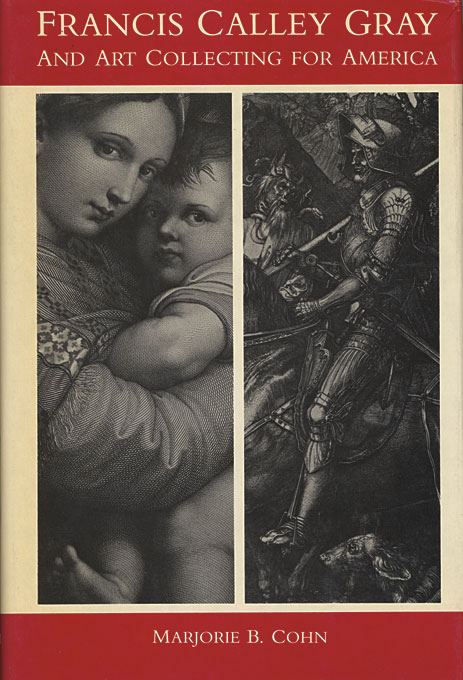 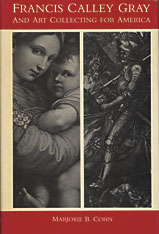 Francis Calley Gray (1790–1856) is remembered today primarily as the donor to Harvard of an exceptional collection of prints, which later formed the nucleus of the Fogg Art Museum collection. Yet he led one of the most cultivated and remarkable lives of early nineteenth-century America. Son of a wealthy merchant from Salem, Massachusetts, he was educated at Harvard, practiced law with Daniel Webster, and served as a state legislator. He was founder or board member of nearly every important cultural institution in Boston, including the Linnaean Society of New England, the Boston Athenaeum, and Harvard University.

As a young man he spent two years in St. Petersburg as an assistant to John Quincy Adams (then ambassador to the Russian court), visited retired President Jefferson at Monticello, and later was a close friend of such Boston luminaries as Henry Wadsworth Longfellow, Edward Everett, Nathaniel Bowditch, and Louis Agassiz. His polymathic mind led him to assemble a systematic collection of shells, to publish scholarly articles on economic theory, ancient Italian burial customs, and the “Gloucester sea serpent,” to direct a major effort for American penal reform, and to become the nation’s first great print connoisseur and collector. Gray’s role as a print collector forms the centerpiece of this first biography of the archetypal Boston intellectual. In exploring Gray’s vision for America and the role art was destined to play in it, Marjorie B. Cohn presents a vivid and fascinating picture of the developing ideas, tastes, and cultural aspirations of the young nation.