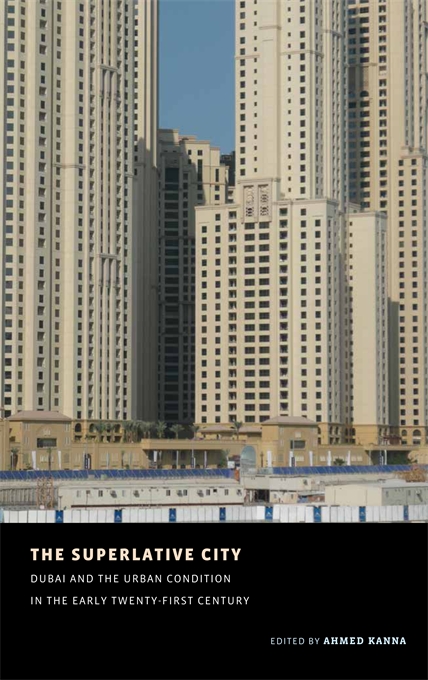 Dubai and the Urban Condition in the Early Twenty-First Century

In the first decade of the twenty-first century, the Persian Gulf city of Dubai exploded onto the world stage. Oil wealth, land rent, and so-called informal economic practices have blanketed the urbanscape with enormous enclaved developments attracting a global elite, while the economy runs on a huge army of migrant workers. The speed and aesthetic brashness with which the city has developed have left both scholarly and journalistic observers reaching for facile stereotypes with which to capture the city’s identity and significance to urban planning, architecture, social theory, and capitalism.

In The Superlative City, contributors from the Harvard University Graduate School of Design and colleagues from the United Arab Emirates, the United States, the Middle East, and Western Europe offer more sober analyses, situating Dubai’s urbanism in its contexts of architecture, urban planning and design, and historical and cultural processes. Remarkable aspects of Dubai, such as the size and theming of real-estate projects and the speed of urbanization, are de-exoticized. Planning tactics and strategies are explained. The visually arresting aspects of architecture are critiqued, but also placed within a holistic view of the city that takes in the less sensational elements, such as worker camps and informal urban spaces.