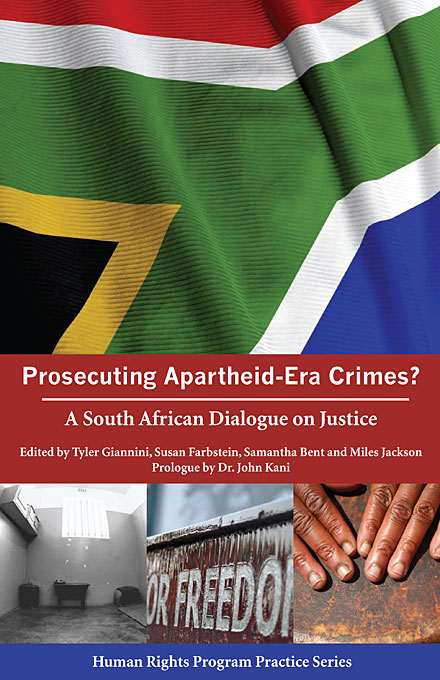 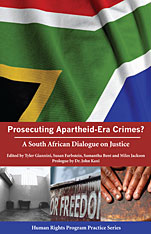 A South African Dialogue on Justice

In December 2005, South Africa’s National Prosecuting Authority (NPA) promulgated a controversial policy on the prosecution of apartheid-era crimes, sparking renewed debate about such prosecutions and their role in the transition to democracy since 1994. The book presents a diverse collection of perspectives on prosecutions in South Africa, including a foreword by playwright and actor John Kani. Other reflections from former Truth and Reconciliation Commission (TRC) commissioners, survivors of apartheid, civil society members, and government officials outline the serious questions facing South Africa as it deals with prosecutions today.

The book traces the history of the prosecutions in South Africa including their relationship to the TRC and a recent legal challenge that asserts the NPA policy is an unconstitutional re-run of the TRC amnesty process. Throughout, the book highlights the important themes related to any post-conflict prosecution scheme including rule-of-law concerns, questions of evenhandedness and moral relativism, competing priorities and resource allocation, the limits of a court-centered approach to justice, and the potential transformative power of prosecutions.