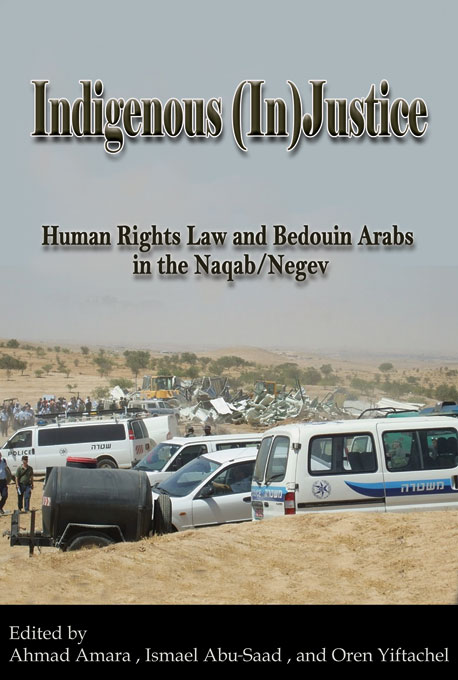 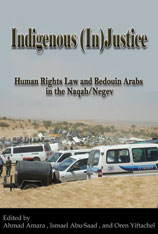 Human Rights Law and Bedouin Arabs in the Naqab/Negev

The indigenous Bedouin Arab population in the Naqab/Negev desert in Israel has experienced a history of displacement, intense political conflict, and cultural disruption, along with recent rapid modernization, forced urbanization, and migration. This volume of essays highlights international, national, and comparative law perspectives and explores the legal and human rights dimensions of land, planning, and housing issues, as well as the economic, social, and cultural rights of indigenous peoples. Within this context, the essays examine the various dimensions of the “negotiations” between the Bedouin Arab population and the State of Israel.

Indigenous (In)Justice locates the discussion of the Naqab/Negev question within the broader Israeli-Palestinian conflict and within key international debates among legal scholars and human rights advocates, including the application of the Declaration on the Rights of Indigenous Peoples, the formalization of traditional property rights, and the utility of restorative and reparative justice approaches. Leading international scholars and professionals, including the current United Nations Special Rapporteur on Violence against Women and the former United Nations Special Rapporteur on the Rights of Indigenous Peoples, are among the contributors to this volume.