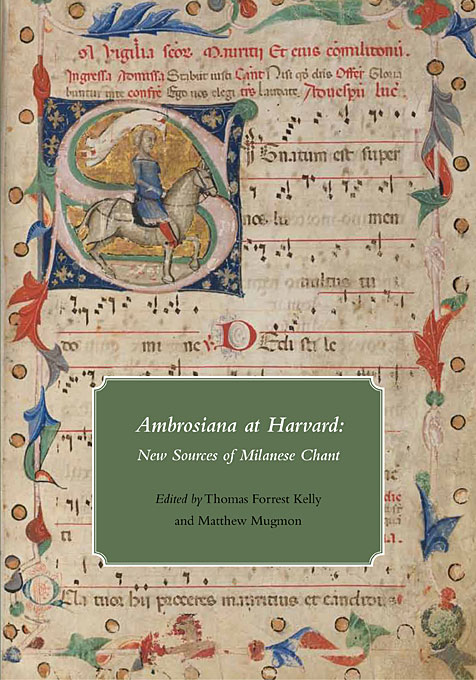 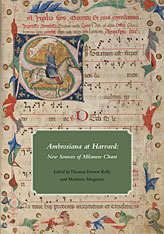 This collection of ten essays constitutes the proceedings of a two-day conference held at Harvard in October 2007. The conference focused on three medieval manuscripts of Ambrosian chant owned by Houghton Library. The Ambrosian liturgy and its music, practiced in and around medieval Milan, were rare regional survivors of the Catholic Church’s attempt to adopt a universal Roman liturgy and the chant now known as Gregorian. Two of the manuscripts under scrutiny had been recently acquired (one perhaps the oldest surviving source of Ambrosian music), and the third manuscript, long held among the Library’s collections of illuminated manuscripts, had been newly identified as Ambrosian.

The generously illustrated essays gathered here represent the work of established experts and younger scholars. Together they explore the manuscripts as physical objects and place them in their urban and historical contexts, as well as in the musical and ecclesiastical context of Milan, Italy, and medieval Europe.