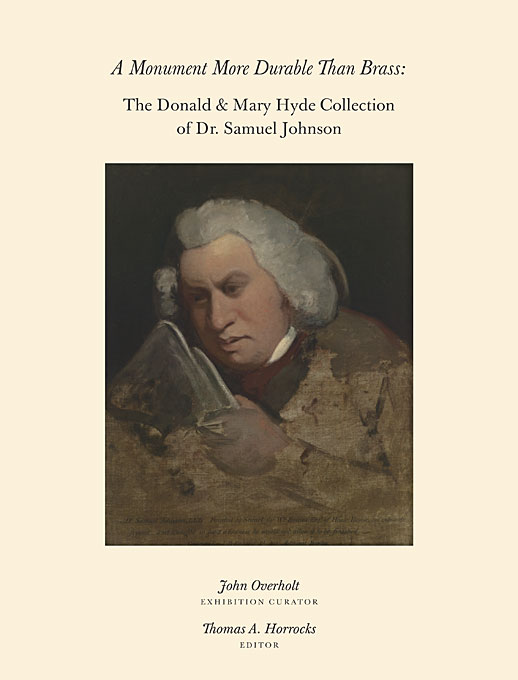 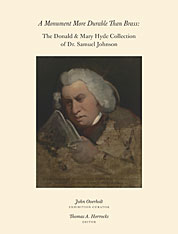 A Monument More Durable than Brass

To commemorate the tercentenary of the birth of Samuel Johnson (1709–1784), whose influence on his time was as monumental as his legacy is enduring, Harvard University’s Houghton Library presents this exhibition catalogue of items drawn from the Donald & Mary Hyde Collection of Dr. Samuel Johnson, bequeathed to the library in 2004 by Mary Hyde Eccles. This copiously illustrated catalogue documents sixty years of assiduous and painstaking effort on the part of Lady Eccles, initially in collaboration with her first husband, Donald F. Hyde, and later with the encouragement and support of her second husband, David, Viscount Eccles, to assemble one of the world’s finest collections of eighteenth-century English literature. The catalogue, including essays on Johnson’s literary durability and on Donald and Mary Hyde’s life as collectors, pays tribute to a great literary icon and to a remarkably generous woman who devoted her life to collecting an astonishing array of books, manuscripts, prints, and other rare artifacts relating to his life and times.