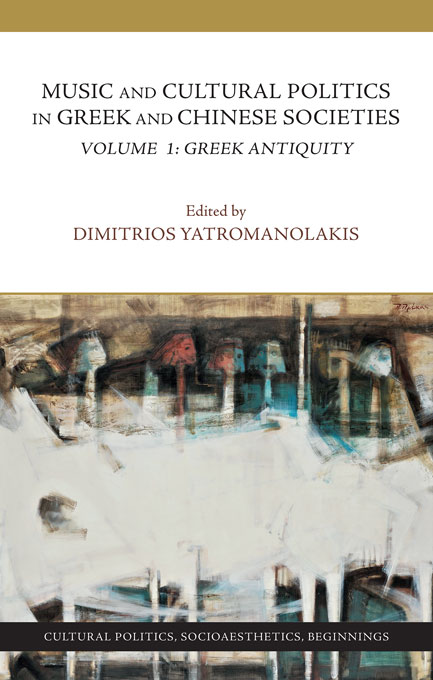 Music and Cultural Politics in Greek and Chinese Societies, Volume 1

Music and Cultural Politics in Greek and Chinese Societies, Volume 1: Greek Antiquity is the first part of a three-volume set that focuses on the intriguing but often underexplored interaction between music and song-making, on the one hand, and practices of cultural politics, on the other. The scope of this three-volume set is comparative and transhistorical. Given the abundance of relevant evidence with regard to Greek antiquity, the first volume investigates major aspects of this intricate sociocultural phenomenon exclusively in ancient Greek societies, with a special emphasis on archaic and classical song-making, Attic vase-painting, Athenian drama, Platonic philosophy, and Hellenistic performance culture. A second volume will explore parallel manifestations of the interplay between music and cultural politics in medieval and early modern Greek and Chinese societies. A third volume will focus on comparative material from ancient, medieval, and modern Chinese and Greek societies across a transhistorical scope of investigation, drawing on a variety of musical and performative genres.