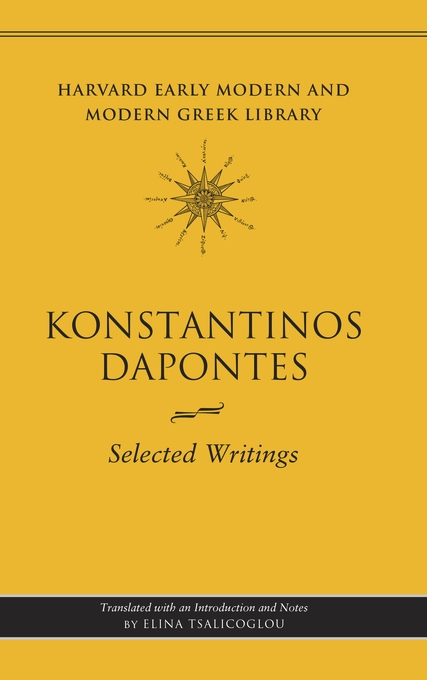 Writers and scholars, from the early nineteenth century to the present day, never cease to be intrigued by the life and work of Konstantinos Dapontes (1713–1784), a curious and captivating individual who left a lasting mark on the cultural landscape of the Greek-speaking world in the eighteenth century. One of the most prolific writers of his time, with over nineteen volumes to his name (and a number of neglected manuscripts in libraries and monasteries in Greece and elsewhere), Dapontes was also one of the few individuals who recorded his adventurous life in a systematic and surprisingly detailed fashion, and in doing so he bequeathed to his readers an abundance of autobiographical and confessional writings—a rare genre for this period of Greek culture.

This book offers an English rendition of Dapontes’s idiosyncratic poem “Canon of Hymns Comprising Many Exceptional Things,” and selected passages from other important works of his, including Mirror of Women, “Geographical History,” and Letters on Pride and the Vanity of Human Life. The translation is accompanied by notes and a detailed introduction to Dapontes’s life and work, which provides the first systematic presentation of this significant Greek author to a broad audience of scholars and general readers.