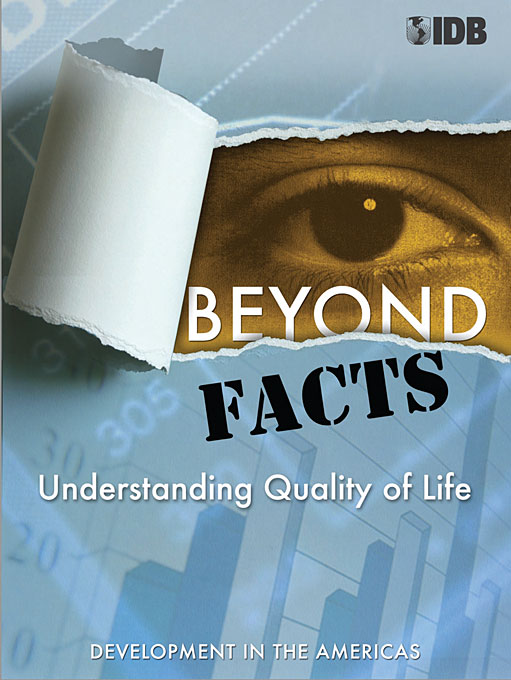 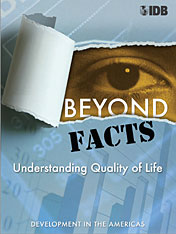 Understanding Quality of Life, Development in the Americas 2009

100 black and white illustrations, 2-color throughout

Beyond Facts is a copublication of the David Rockefeller Center for Latin American Studies and the Inter-American Development Bank.

Traditionally, the concept of quality of life has been viewed through objective indicators of living conditions, basic needs, or capabilities. In Beyond Facts, the Inter-American Development Bank (IDB) looks at quality of life through a new lens, namely, the perceptions of millions of Latin Americans. Using an enhanced version of the recently created Gallup World Poll that incorporates Latin America–specific questions, the IDB surveyed people from throughout the region and found that reality and perceptions of quality of life are often very different. Despite the rise of menial, low-paying employment, Latin Americans are largely satisfied with their jobs. Although greater income is associated with greater satisfaction, faster growth actually lessens satisfaction. These surprising findings have enormous significance for the political economy of the region and provide a wealth of information for policymakers and development practitioners to feast upon. Beyond Facts attempts to explain these apparent anomalies and consider their implications for both politics and policy.