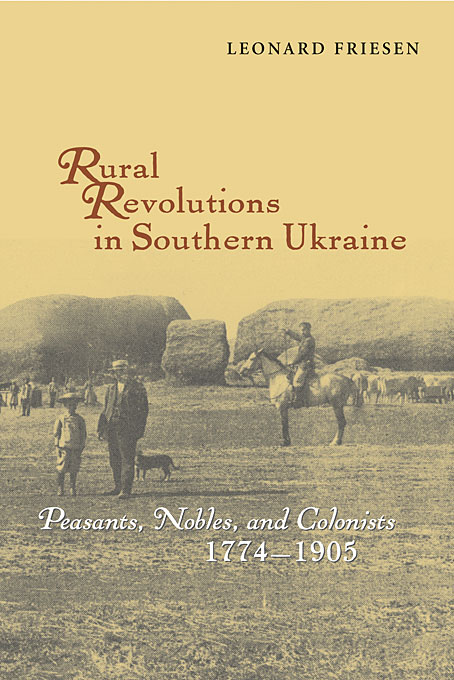 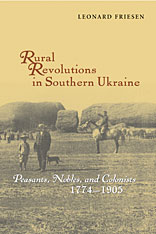 Leonard Friesen presents a study of the transformation of New Russia--the region north of the Black and Azov seas--from its conquest by the Russian Empire in the late eighteenth century to the revolutionary tumult of 1905. Friesen is particularly interested in the dynamic and multifaceted relations between the region’s peasants, European colonists, and Russian estate owners. He gives special attention to the settlement process whereby once free peasants were enserfed within a generation, as well as the period of servile emancipation after 1861, when the paths of the region’s agriculturalists converged in unexpected ways. Overall, Friesen sees the region as vital to an understanding of the empire as a whole. He demonstrates how peasants, nobles, and estate owners were key actors in a series of rural revolutions that eventually threatened the empire itself.

This book contributes to our understanding of Imperial Russia, as well as contemporary Ukraine, by describing and analyzing rural developmental patterns over time. It explores how, when, and why agriculturalists made adjustments to long-established agrarian and social practices, and provides a fresh perspective on the link between the end of empire and the rural developments that preceded it.