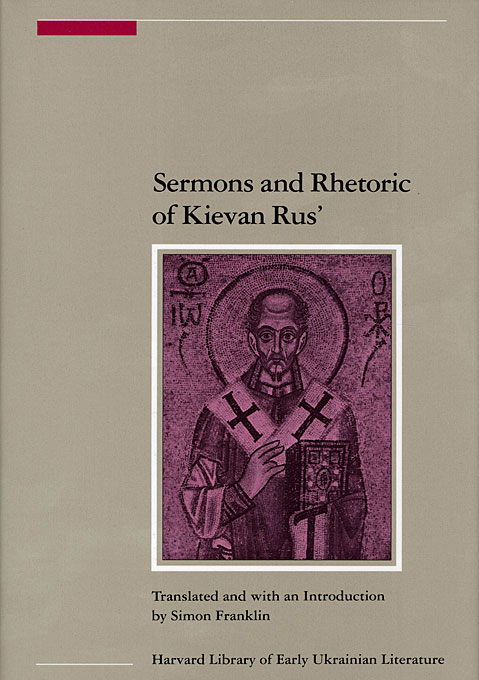 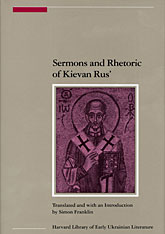 Sermons and Rhetoric of Kievan Rus'

Translated with commentary by Simon Franklin

The authors included in this volume—Ilarion, Klim Smoljatic, and Kirill of Turov—are remarkable for both their personal and literary achievements. Appointed in 1051 by Prince Jaroslav the Wise, Ilarion was the first of only two recorded “native” metropolitans of Kiev. His “Sermon on Law and Grace” constitutes the finest piece of eleventh-century Rus’ rhetorical literature. Klim Smoljatic, the second “native” metropolitan of Rus’ (from 1147), is the author of the controversial “Epistle to Foma,” which addresses the debate over the proper nature and limits of Christian learning. Finally, the twelfth-century monk Kirill of Turov is best known for his collection of allegorical lessons and some of the most accomplished sermons of Kievan Rus’.

The volume contains the first complete translations of the “Epistle to Foma” and the lessons and sermons of Kirill, as well as an entirely new rendering of the “Sermon on Law and Grace.” Simon Franklin prefaces the texts with a substantial introduction that places each of the three authors in their historical context and examines the literary qualities as well as textual complexities of these outstanding works of Rus’ literature.