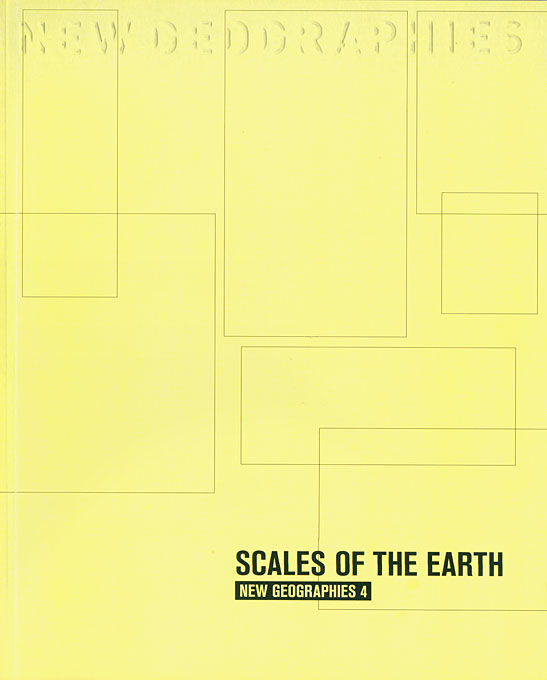 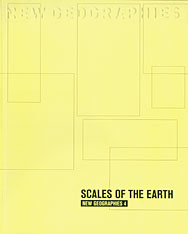 Scales of the Earth

The first Apollo images of the Earth produced a perspective enabling humanity to act on Earth and its nature as if it controlled it from “outside.” The recent developments of satellite technologies have had a significant impact on the modes of representation as well as the conceptions of geography and space. This new “geography from above”—the home, the city, entire territories, the Earth itself, the Moon, Mars, and beyond—redefine our environment, subjectivities, and practices. With such tools at hand, architects conceive of the geographic as a possible scale, site of intervention, and design approach.

The scale of vision, viewpoint, and qualification of space made possible by satellite imagery reframes contemporary debates on design, agency, and territory. Volume 4 of New Geographies features articles and projects that critically address the relationship of space with such modes of representation. What are the characteristics of such an integrated elevated vision, and what geographical knowledge does it bring forth? How is such an analytical space to be subsequently interpreted and experienced? What are the cultural, political, and environmental repercussions of a vision celebrated as objective and universalist? What new global issues and debates do such scales of vision raise, and how do such visualizations of the Earth-as-home intersect with concerns of ecology and calls for global awareness?