London: A History in Verse

‘Six and a half centuries of wandering, whoring, watching, drinking, dancing, praying, building, courting, and cursing’ 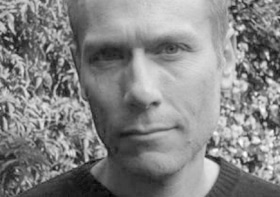 Mark Ford is a poet and Professor of English at University College London. Like many of the poets whose work he collects in London, Ford brings an outsider’s perspective. A native of Nairobi, Kenya, he first came to London for schooling. He holds a B.A. and a D.Phil. from the University of Oxford and has studied at Harvard University and has taught at the University of Kyoto.

Ford has published widely on nineteenth-, twentieth- and twenty-first century British, American, and French literature. He is particularly interested in the idea of “The City”—that is, aspects of the cultural and literary history of the metropolis—and he is active in UCL’s City Centre series.

An expert on the urban sensibility of the New York School, Ford has recently published editions of the poetry of John Ashbery and Frank O’Hara. He is also one of the literary executors of the Scottish poet Mick Imlah (whose poem “Cockney” appears in London), and has recently edited a volume of his poems.

He has published three collections of his own poetry—Landlocked (1991), Soft Sift (2001), and Six Children (2011)—as well as a biography of the French writer Raymond Roussel and a parallel text edition of Roussel’s final poem, “Nouvelles Impressions d’Afrique” (“New Impressions of Africa”).

Though none of Ford’s own poems appear in London: A History in Verse, the piece below, from his Six Children, gives as vivid a sense of the city as any included.

One Inch
of Emotion, One Inch
of Ash, I read, in fiery letters, on a skin-
tight T-shirt
passing, a little too close, at rush-hour, under the soaring stanchions
of Hungerford Bridge. Some
reflex that verged
on a shiver
set me thinking of Elias
Canetti, and how he claimed that we hate
to be touched, however
gently, in a slow-moving crowd, and so
apologise profusely when we brush
against a stranger. Looming

looming up through
the haze, Charing Cross, its maw
agape, its tentacles twitching
and probing. A busker, cross-
legged, hunched beneath the balustrade, was merrily tooting ‘The Bard
of Armagh’ into a child’s
pink, see-through recorder - occasionally
plucking it from his lips
so he could sing
in a reedy voice: ‘And when Sergeant Death
in his cold arms shall embrace me, oh lull me to sleep
with sweet Erin Go Bragh…’ Beyond
and beneath swirled
the Thames, at once

murky and aflame. I watched,
blinking, the setting sun
catch and burnish the glass and flanks of the cabs
and buses, the opaque 4x4s
and low-roofed cars and sleek
tourist coaches
crawling across Waterloo Bridge; an almost
empty inbound commuter train clanked slowly
by… In the lull that ensued, the merry busker’s tooting grew
hauntingly erratic, then died
away, and with a dip
of the shoulder I surged on, through a swarm of chattering
language students, all carrying light-blue knapsacks, and filling
the air with the strains of their dear